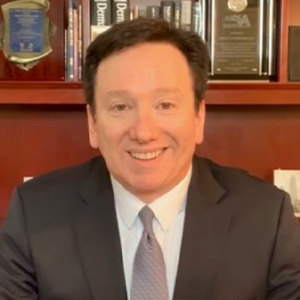 Mark Kaufmann, MD, is an Associate Clinical Professor in the Department of Dermatology at the Icahn School of Medicine at Mount Sinai in New York City, a position he has held since 1995. He was in solo private practice for 23 years until he joined The Dermatology Group in November 2017. In September 2020, he joined Advanced Dermatology and Cosmetic Surgery as their Chief Medical Officer.

He received his medical degree from New York University School of Medicine, completing residency training in dermatology at the Albert Einstein College of Medicine in the Bronx, New York. He is Board Certified in Dermatology.

Dr. Kaufmann has served on the Board of Directors of the American Academy of Dermatology. He has served on countless AAD committees and has chaired many of them as well. He also serves as an advisor to the Academy RUC team (Relative Value Scale Update Committee) - a position he has held for over a decade.

In April 2020, Dr. Kaufmann was elected Incoming President-Elect of the American Academy of Dermatology.

With many articles published on the topic of health information technology, Dr. Kaufmann is a frequent national lecturer, including the annual meetings of the American Academy of Dermatology, and other societies, and grand rounds.

Skip back to navigation